This showcase was published as part of Dolly Sen’s guest editorship on Disability Arts Online.

I started making art after I had a breakdown five years ago. My experiences of madness and the mental health system were coloured by austerity from the start: the constant struggle for resources; the way this forces us to keep justifying our continued existence, our continuing needs; the universal terror of the DWP. The Department for Bright Ideas – exhibited at Bubbles through the letterbox, UCLH Street Gallery, 2018

I’d always been fairly creative, but before my breakdown I was a writer, never an artist. When I fell apart, words failed me for the first time, and I ended up in art therapy groups. For ages I just passive-aggressively made as big a mess as possible. Then I thought, fuck it. I’ve failed at everything else, I may as well fail at this too – so I drew some angry stick figures and things went from there.

Probably my most popular piece is a zine called “A is for Awkward”. It’s an ABC of the mental health system in stick figure cartoons which I made quite a while ago. I’ve mostly moved on from stick figures in the work I’m making now, but I still make all the covers individually and bind the zines by hand. Art has become part of how I relate to people and to the political times we live in. Now I work at Studio Upstairs, a therapeutic community which functions on an open studio model. While I keep some parts of the process very private, at Studio everyone makes art in quite an open space, so our influences bounce off each other even if we don’t mean them to. I find people really, really difficult – I’m massively socially anxious and awkward – so my artwork is kind of a way in to connecting with others. My favourite pieces often come out of something funny somebody else said, or from wanting to make someone laugh. I have a line of cards that say “Sorry the government are cunts!” which I originally made for a friend who was battling it out with the DWP over a benefits issue. Unconventional ‘Thinking of You’ cards Unconventional ‘Thinking of You’ cards

I exhibit regularly in London in group shows with Studio Upstairs, and sell my zines, cards, prints and so on online. A lot of my cartoons and other pieces also go on social media – I’m @rrowanolive on Twitter and Instagram. 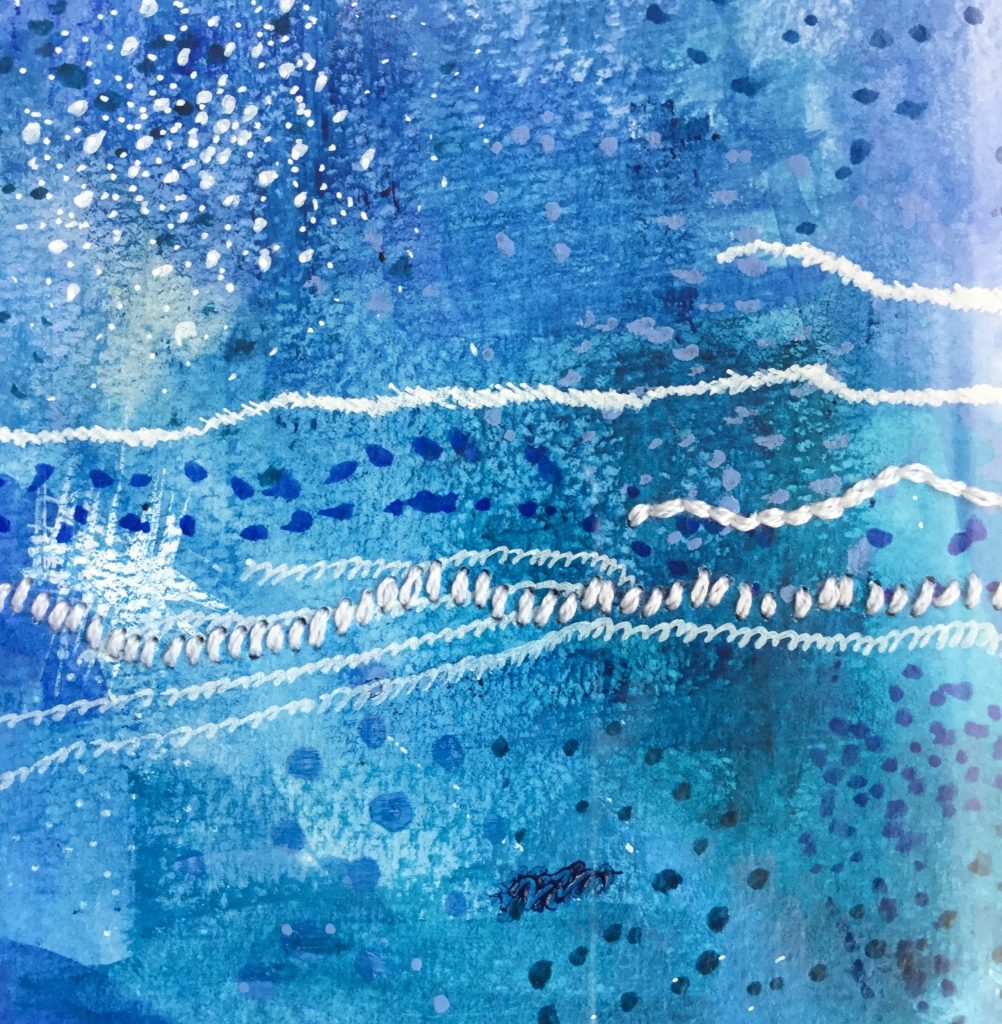 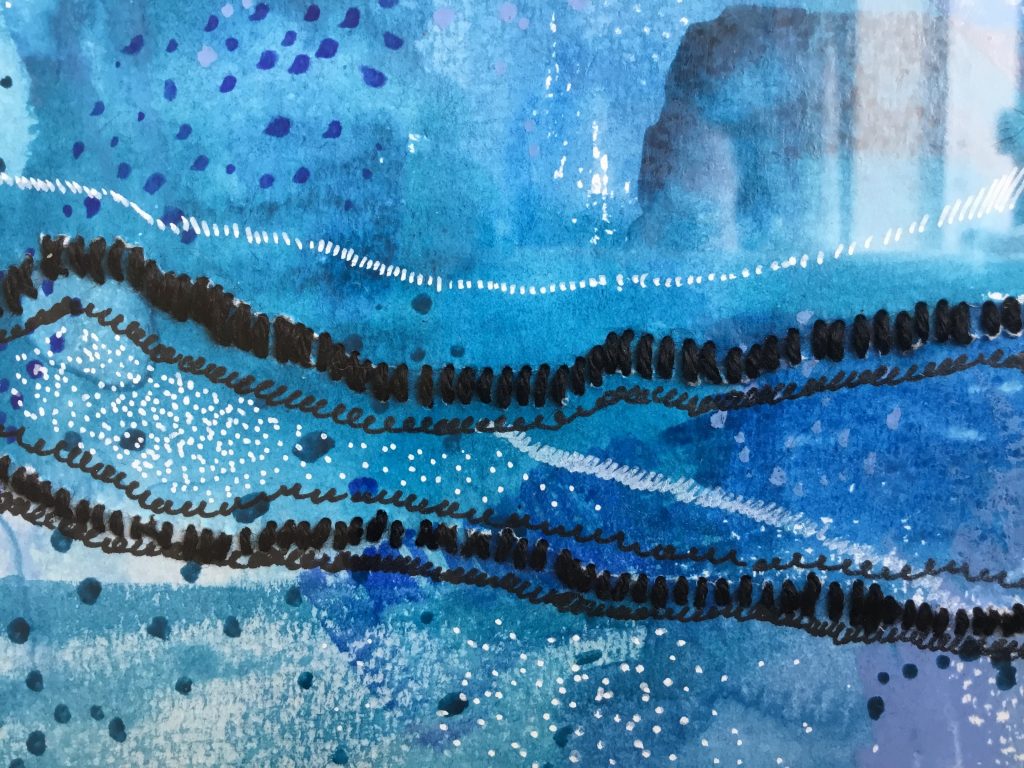 thank you so much for this work…I am currently at my penny pinching task of “job search”, and also in a constant dysfunctional relationship with the Department of Worthless Preoccupations , so I really do understand and empathise with the mind fudgery that occurs when seemingly trapped in such a world where inhumanity is the key to such absolutist behaviours…aaarrrggghhh!!! seeing feeling and living within a made up mind cage does no good for sensitive folk … please keep up this good work…I also work with words and pictures , but don’t quite know what to do with them besides… Read more »

Great work. I like the watercolour and thread pieces, especially.

Enjoyed seeing references to Prufrock and Julian of Norwich . Both on my Kindle.

Studio Upstairs are wonderful. Distance stops me being there.

What to do with stuff you create? What’s it for? No answers.