who can’t speak about voices?  visualise whose not in this chair …

lets start with war photography. which really started with the crimea
men with cameras capturing soldiers sitting still, encampments, glorious re-enactments
three weeks getting those photos home to counter anti-war sentiment
spanish civil war – great men, some women, capturing a little
… ?suffering, ?inspiration, and the ?everyday
some photographers died in conflict.  still do
vietnam and great but now international men capture suffering
that child, running naked, her clothes stripped off following u.s. napalm attack
‘napalm girl’ – thats what the media call her, napalm girl
she was in the news again because facebook tried banning that image
‘napalm girl’ has a name.  kim phúc
she spoke recently how her physical pain has lessened a little following surgery in the u.s.
current war photographers explain suffering, inspiration, and the everyday is harder for them now theyre freelance, paid by results, conflict zones riskier than ever
they have to train in battlefield first aid, hostile environment training
but they are more diverse than ever, more women than ever
no longer driven by heroism & craziness – so they say
this recent shot stays with us
guy fires bullets rapidly over his head towards the enemy
photographer capturing their jeans and white tee-shirt clearly
also in this shot, two photographers on the far side that gunman also shooting away
while on this side another photographer also shooting away

whose not in the shot?   rojava – independent province of syria
secular.  mass participatory democracy.  gender equality
even the turks are given air cover by the u.s. to bomb them

why arent the tools for recording voices – all voices – from rojava to hearing voices – in the hands ov us?
fuck jetting off to another international conference-awards-ceremony-dinner
fuck cozying up to radio three to witter how ‘the books finished, the voices stop and they wait for a new voice’
they?  we should be given the tools, the nurturing & bandwidth for all -all – our voices to be heard

andrew vachss says
“anybody who has served in combat in any way understands that words are weapons. and i’m in a war. the war hasn’t stopped.”

our voices, our words, our stories have been weaponised, marketised, medicalised

we are in a war
war against enemies of the people
war against us low-achieving scrounging shirkers
black lives dont matter – chalked-up many times post-trump
26.1% of children living in poverty in this constituency (figures released 08/11/16)
war on us disabled by the con party condemned by the u.n. human rights committee
ongoing war in no-care homes (know what i’m fucking talking about!)
war against future generations of downs-syndrome kids
war against our children denied education other than for placing future gun-fodder in dead-eyed, dead-end jobs
the war of ‘oppositional defiance disorder’ or what used to be asking questions
war against  shilan özçelik, first convicted terrorist in britain for trying to fight against daesh as teen
war against domestic violence helplines, domestic violence shelters in the name of austerity – that transfer of money from poor to rich
the war from those atos’ers
gentrification replacing social housing with luxury developments
cctv, rfid, the coming govcoin
war of ad, brand, drone
race-hate warring since brexit – cameron, goldsmith, patel, johnson, hoey – all guilty
the failed war against some drugs – yu know – those untaxed ones
wars ov dsm 1, 2, 3, 4, 5 … to be continued
trump openly talking of wanting to fuck his daughter, asking out loud if a child is ready yet – so its not just women yu grab by the pussy?
war of bi&trans&homophobias including the institutionalised gay-hate that is church of england this cathedral city
the new battle-front of brexit – harder, faster, phwoar!
war of border & wall because ‘they are coming over here’, ‘they arent children’
war against the planet herself

(returning to beside chair)

never mind voice-hearing, i’m calling for a little voice-healing
i asked who can’t speak about voices?  asked yu’s to visualise whose not in this chair

call their names out, call their names, everyone call those names
first-names, nicknames, doesnt matter if theres silence or names all at once
everyone, call out names of those not here today, those whose voices arent heard
everyone 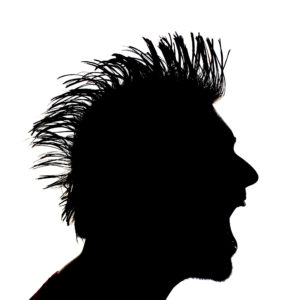 Please don't think I'm mad That my eyes are staring it's just that i want to hear everything you say scared of distraction if i don't look at you - my mind wanders - i don't want you to think i'm unaware i value your time listening - talking i need to look into your eyes i know it's embarrassing - i don't know how else to ... 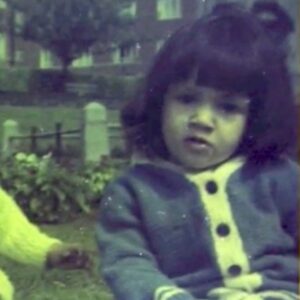 I don't know if I have the mind I was born with, but I know my mind got hurt along the way. I have had psychotic experiences for over 30 years now. I am more able to function than say 20 years ago, yet the ghosts of it continue to haunt me. When I first heard ...